What is the impact of corona virus in the FM Market? Click here to find more. 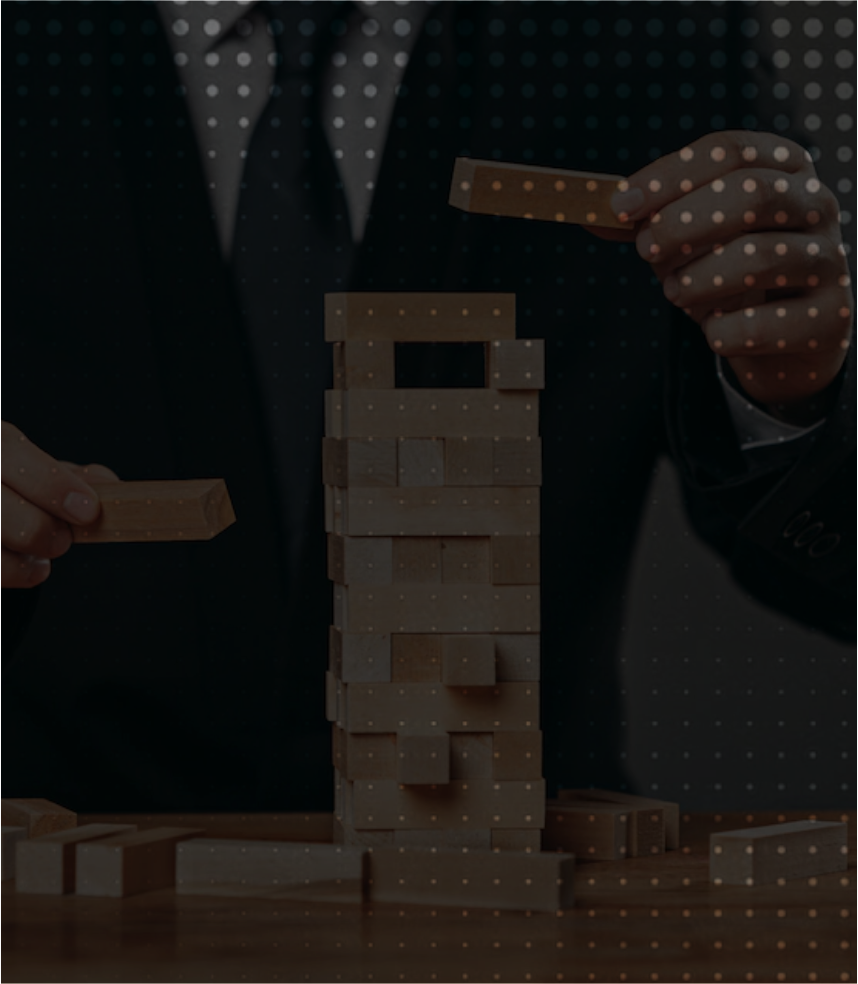 Higher education in the United Kingdom (UK) has a long history. Teaching in the city of Oxford is documented from 1096, making the University of Oxford the oldest university in the English-speaking world. The University of Cambridge celebrated its 800th anniversary in 2009, commemorating the association of scholars who first gathered in the town in 1209. Three Scottish universities – St Andrews, Glasgow and Aberdeen – were founded by papal bull in the 15th century and a fourth – the University of Edinburgh – was established by royal charter in 1583.

A major expansion of higher education in the UK occurred in the 19th century with the awarding of royal charters to the St. David’s College, Lampeter (subsequently part of the University of Wales), Durham University, King’s College London, and University College London. In addition, the latter part of the century saw the foundation of medical, science and engineering colleges in England’s major industrial cities, some of which eventually amalgamated to became the so-called ‘redbrick’ universities of Birmingham, Bristol, Leeds, Liverpool, Manchester and Sheffield.

During the 1950s and 1960s, as a direct response to the demands of an expanding population and the needs of an increasingly technological economy, the British government set out to expand the higher education sector. New colleges of advanced technology were established from 1956 onwards and were awarded university status in 1966; Aston, Bath, Bradford, Brunel, City, Loughborough, Salford and Surrey all became universities in this way, with the University of Wales Institute of Science and Technology going on to become a constituent part of what is now Cardiff University in 1988. A further 13 UK institutions including Hull and Leicester, both former university colleges, gained university status during these two decades and the seven new universities of East Anglia, Essex, Kent, Lancaster, Sussex, Warwick and York were also created.

Significant expansion followed in 1992 when, by means of the Further and Higher Education Act1 , the UK government granted university status to 35 former polytechnics and to a number of other institutions, principally colleges of higher and further education. Between 2001 and 2013, an additional 31 universities were created, including those resulting from the break-up of the federal University of Wales.

UK universities to be net zero by 2050

UK universities have pledged to reduce greenhouse gases to net zero by 2050 – but have done so with a caveat for the governments including local & Central government on budgetary allocations to protect research and teaching budgets from cuts. Universities UK, representing 140 higher education providers, has announced that all its members hope to become zero-carbon by the middle of the century – and reduce greenhouse gas emissions by 78% by 2035 compared to 1990 levels.

The “climate emergency” declaration accompanied a plea to those in government not to reduce funding to universities for research and teaching. To do so would hamper their ambitions to reduce their emissions and “damage the ability of universities to be part of the solution”, they said. 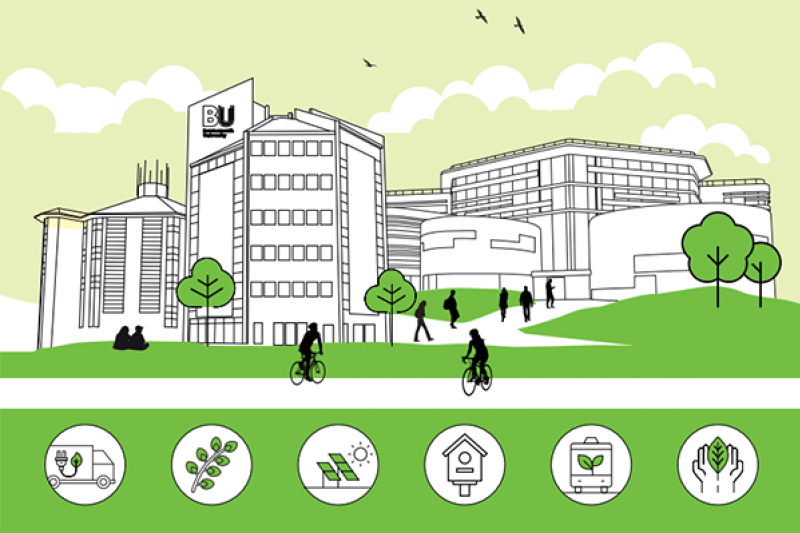 Universities UK said that the cut to Official Development Assistance, which halved funding for research tied to the UK, “constrain[ed] the power of universities to combat the world’s most pressing sustainability challenges.” It hopes that there would be no further cuts in the future.

The pledge to reduce university emissions only include those within scope one and two: those greenhouse gases released either directly by a university, such as gas boilers or campus vehicles, or those released from the generation of purchased energy, like electricity from a gas power station.

Scope three emissions are “indirect emissions”, which are harder to monitor. They include staff commuting to campus, international students flying to the UK, cloud storage, and all the products, materials and services bought by a university. All universities will now publish targets on their websites, University UK said.

The UK is one of Europe’s most developed and comprehensive markets for facility management services with regard to size & sophistication. Due to the widespread use of facility management services, vendors are now increasingly focusing on using specialized services to gain a foothold in the market, which has also witnessed several changes due to the macro-economic and social changes in the country.

Over the last decade, several service vendors operating in the country have been focused on expanding their presence to leverage the growing demand for facility management, especially with the recent trend favouring the outsourcing of non-core operations. The country has been witnessing an increased number of opportunities to leverage facility management and corporate real estate in innovative ways, given the dynamics across the country.

The higher & further education which comprises of colleges & universities presents a significant business opportunity for suppliers of FM Services. Looking at the current volume of running agreements between College & University authorities with suppliers of various FM services, the sector is as large as £4.5 billion in terms of Total Contract Value.

The sector procures multiple services from FM suppliers including construction works with private financing on certain occasions, catering, cleaning, security among many other FM services. Integrated services from single supplier is also favored by many institutes as they prefer to deal with one entity for sheer convenience. Through this article we will have a detailed look at several aspects of the role played by FM suppliers in the Higher education sector in UK.

A look at the sectoral performance for higher education in the recent past indicates a growth trend which is also in sync with performances in other sectors availing FM outsourcing services and attributed to a large extent to abating pandemic. It is also widely believed that the growth could have been faster, had the global events like Ukraine war not happened.

A look at the below bar graph clearly shows the emerging growth pattern in the first three quarters of this year with Q3 seeing 43 contracts being awarded in comparison to 38 in Q2. The growth trend is expected to continue in the fourth quarter of this year as well.

Apart from the Colleges and universities who are the key buyers of FM outsourcing services, there are scores of FM suppliers who cater to these outsourcing needs. A look at the key players on the supply side gives a clear idea that large FM Supplier groups dominate the list of suppliers to this sector.

Apart from serving the Higher Education Sector, the overall FM market in UK is one of the largest markets in Europe in terms of maturity and sophistication. The market is highly competitive owing to the presence of several organized players and strong presence of top global companies, such as Mitie, ISS, Sodexo, CBRE, JLL among others. It is a large market with some estimates putting the annual revenues in the vicinity of 40-45 Billion USD. As per Baachu Database, however, the total contract value remains in the range of £100 Billion for Contracts with terms ranging from one to 10 Years on an average. To have a detailed view of the UK FM Market with complete sector & services breakdown, please download our comprehensive report here.

This report is unique for its treatment of the growth aspect being based on the real contracts and their value. The report complements similar report from Frost & Sullivan as that report gives a glimpse of future growth based on revenues while Baachu has used Total Contract Value as the basis.

To have a seamless access to our data based insights through articles, blogs and industry news in addition to other features, please try our Rain Insider Memberships that come with a whole lot of features at https://baachurain.com/product/rain-insider-individual/.

Stay ahead in a rapidly changing Facilities Management world.

Join 2000 of your peers. Subscribe to Baachu Insights Newsletter

Stay up to date on the latest industry news, research, blogs, events, and webinars.
Subscribe

Please log in again. The login page will open in a new tab. After logging in you can close it and return to this page.

Share This
We use cookies to ensure that we give you the best experience on our website. If you continue to use this site we will assume that you are happy with it.OkPrivacy policy